This browser is outdated and does not support this website.

Please use any latest browser. 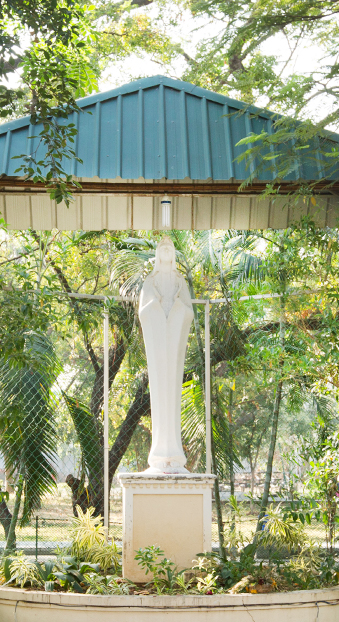 
The Missionaries form an International religious congregation of women representing 79 nationalities spread over 75 countries on five continents. As of 2013, the Franciscan Missionaries of Mary formed the fifth largest religious Institute for women in the Catholic Church with 6314 members.

From its origin, the FMM charism was lived in International / Intercultural communities. The face of their fraternal communities, like a rainbow, is composed of sisters from different peoples, nations, languages and cultures, who welcome one another as a gift from God. In this way their communities witness to unity in diversity, announcing the future that God is preparing for them when all peoples reconciled will be gathered into one people of God. This characteristic of their communities offers them the possibility, together with others, of creating bridges which unite them beyond their differences.

Among the FMM, the family spirit is very important. The Franciscan Missionaries of Mary live love and express it in multiple ways. It is called strength of life, newness of the Gospel, passion, daring, risk, commitment for Justice. It becomes a face, a word, a meeting, a dialogue, a presence, an out-stretched hand. It is questioning, risk and choice, peace and reconciliation, offering and gift, consecration and prayer, new life and hope.They are available for universal mission, ready to leave their countries or to remain there, according to the call of mission in order to go anywhere and to anyone, to announce the Good News of God's love.

In India they are about 1300 sisters spread over five provinces - Delhi, Mumbai, Bangalore, Ootacamund and Chennai Provinces with about 250 Sisters in each province.

The Ministries they are involved in, in India, as in the whole world, are Education, Health Care, and Development Work, work with those affected by Hansen's disease, migrants, the marginalised and pastoral work.

Following Mary of the Passion and all those who have preceded them, they are called to defend life, justice and human dignity. With contemplative eyes they see the poor as persons and places of the revelation of God who challenges them.